A Belgian woman found alive after being trapped in her car for six days during the recent heatwave has spoken out about her ordeal.

Her car had swerved into a ditch in a remote area, injuring her spine and leaving her unable to exit the car.

Though severely dehydrated, she remained conscious and survived by drinking rainwater.

She was found on Monday after her family raised the alarm to police, who issued a missing persons alert.

From her hospital bed in the city, she told Belgian broadcaster RBTF she thought no-one would find her in what she describes as a “terrifying heat.”

“The first night, my mobile didn’t stop ringing. I tried to answer it but I couldn’t because my arm was too sore,” she recalled.

“The next day, it stopped ringing.”

She remembers losing consciousness every time she moved her arms to try to escape. Eventually, after much effort, she managed to open the car door with her foot.

“The most difficult thing was lying on pieces of glass. I tried to hoist myself up but I had the impression that my back was being torn.”

There was no food or drink in her car before the crash, so when it began to rain following the heatwave, she collected rainwater to drink in an empty chewing gum box.

“I also used a wet branch to create the sensation of moisture in my mouth. But I didn’t feel hungry, ” she added.

When a car stopped near the roundabout where she went off the road, she cried out for help.

Among the drivers was the mother of her son’s friend who had seen the missing persons posters and immediately called the emergency services.

She spoke of her extreme gratitude towards the woman who had saved her.

“She told me she had been looking for me everywhere. She stayed with me all the time and that woman, I think she is my guardian angel.”

Despite her horrific ordeal, Ms Bastide says she feels lucky to be alive. Throughout, she never lost hope because she thought of her children.

“I wanted to live for my children. I didn’t want them to ever think that I had made a mistake…

“It was imperative that I got out of this situation so I could do all of the things I had planned to do with my children. It was they who gave me the strength to carry on.”

Ms Bastide’s son told The Times newspaper that she would have to undergo surgery and stay in hospital for several weeks.

What it’s like going through a domestic abuse case 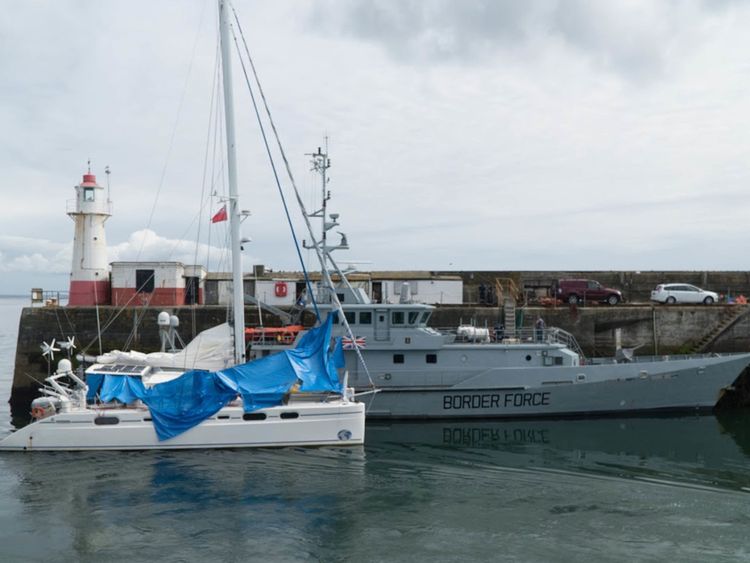