The identities of 250 survivors of historical institutional abuse in NI have been revealed through an emailing error, the BBC has learned.

It happened when a monthly newsletter was sent on Friday without the names of recipients being anonymised.

The email was signed by a staff member but sent on behalf of Interim Victims’ Commissioner Brendan McAllister.

A victim’s solicitor described it as a “massive breach of confidence” which has traumatised some of those named.

Mr McAllister, who is the Interim Advocate for Victims and Survivors of Historical Institutional Abuse, apologised for the breach and said steps were being taken to investigate how it occurred.

Some of the individuals had been part of the Historical Institutional Abuse (HIA) Inquiry and had chosen to remain anonymous.

The HIA inquiry had investigated historical allegations of child abuse at 22 residential institutions run by religious, charitable and state organisations across Northern Ireland in a 73-year period.

It had recommended that all victims of institutional abuse should receive tax-free, lump sum payments ranging from £7,500 to £100,000 from a government-funded redress scheme.

The BBC has seen a copy of the original email, which was sent out to people who had engaged with the HIA.

One survivor told the BBC that many people had taken part in the HIA inquiry because their privacy was guaranteed; some were described as being in “absolute hysterics” at what had happened.

The survivor said it had “completely blown people’s cover” and that she was “extremely annoyed and upset”.

Another person named on the list said he was “horrified”.

He said he will not be reading the full list of recipients, but had already seen a name on the list which, he thinks, is that of one of his original abusers.

“I didn’t want my name disclosed,” he told the BBC.

“Hundreds of people now know I’ve been the victim of abuse. I didn’t want anyone to know.”

He said some of his relatives don’t even know about his past.

Mr McAllister said the email was sent on his behalf but he takes full responsibility for it and he has already referred the matter to the information commissioner.

“We have been in touch with all concerned to inform them of this unfortunate development,” he added.

The group Survivors and Victims of Institutional Abuse (Savia) tweeted that victims were “fearful and filled with shame that so many now know their business” and said the apology was “too little, far too late”.

Solicitor Claire McKeegan, who represents some of the survivors, told the BBC it was a “significant breach”.

“These traumatised people had turned to the commissioner for help, however, this is now a massive breach of confidence,” she added.

“Some of those named have not even told family members that they are survivors of historic institutional abuse. They feel completely violated.”

Ulster Unionist assembly member Doug Beattie, who has worked with some of the survivors, said he “would plead with” Mr McAllister “to do the right thing and step down”.

“I would plead with the head of the civil service and the executive office to do the right thing and that is, if he doesn’t step down, ask him to step down,” he said.

“When someone suddenly splashes your email address all over the place you lose that anonymity, you lose that protection, that cloak that was helping you fight for justice and they [survivors] will be absolutely devastated.”

Coronavirus: What are the rules on caring for children during lockdown? 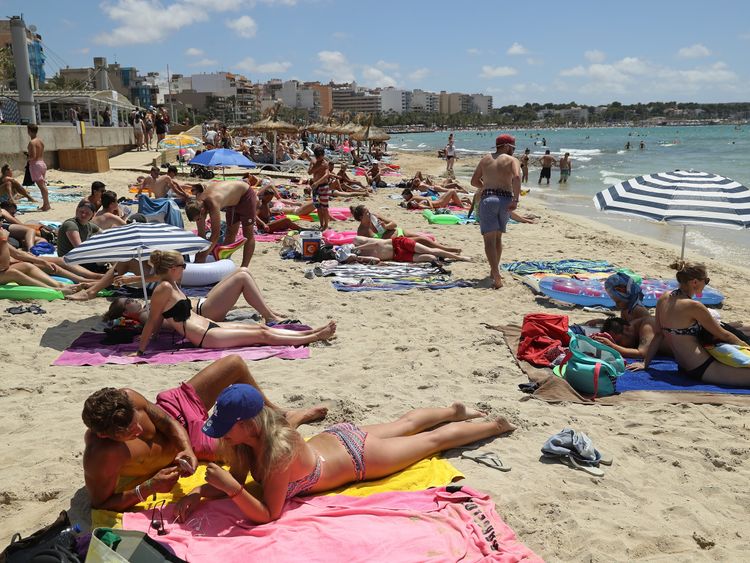