John Major missed the chance to see Britain’s only gold medal of the 1996 Olympic Games in Atlanta because he preferred to watch cricket at Lord’s instead, official records have suggested.

Aides to the prime minister tried to persuade him to cross the Atlantic and attend the Games, showering him with praise about his “street cred”.

A provisional itinerary included taking in the final of the coxless pairs rowing, featuring Matthew Pinsent and Steve Redgrave, which brought Britain’s only gold medal at the games.

But Mr Major pulled out of the opportunity for a three-night trip to the US at the end of July, despite months of organisation behind the scenes, amid concerns from aides that he would rather be at the cricket.

England went on to lose the five-day Test match against Pakistan.

A letter from Downing Street private secretary Rachael Reynolds to Craig Reedie, chairman of the British Olympic Association, in February 1996 said Mr Major “agreed in principle” to attend for the weekend’s competition, but said she did not think “the diving or the badminton would attract the prime minister”.

But by June, Mr Major appeared to have had a change of heart, prompting Downing Street staff to try to persuade him otherwise.

In a direct plea, Ms Reynolds wrote: “I understand that you are thinking of staying here for the Lord’s Test in preference to going to the Olympics.

“While having to declare certain personal interest here … I do think it would be a pity if you were to give up going entirely.

“And people do like to see you at sporting things. They know you are a fan.”

Ms Reynolds told Mr Major he would be in good company, with the likes of Nelson Mandela, Bill Clinton and Jacques Chirac all due to attend.

The aide also told Mr Major it would be his last chance to see the Olympics, with the 2000 Sydney Games being too far away to justify a visit, although she did suggest him attending the Athens Games in 2004.

Less than a fortnight later, Ms Reynolds tried again to convince him to opt for Atlanta, raising the prospect of positive media coverage on the likes of the flagship Radio 4 Today programme.

“Some of the best pictures we see of you in the media are in relaxed, jacket off mode and there would be plenty of opportunity for that in Atlanta,” she wrote.

“I do think it is worth doing, if you can bear it.

“You have established your street cred in this area so well, it would be a pity to miss an opportunity which only comes up every four years.”

Her efforts were to no avail, and after four months’ planning she was forced to write to Simon Clegg, deputy general secretary of the British Olympic Association, breaking the bad news.

“The prime minister has decided that his programme at the end of July is too heavily committed for him to be able to travel to Atlanta,” she wrote.

“I am grateful to you and others for the work you have put into developing his programme and I am sorry that it will not now be put to good use.” 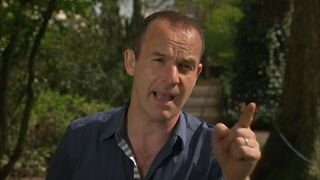 Fake news ‘a crisis in our democracy’, report warns