MADISON, Wis. — The 18-year-old man arrested in the slayings of a University of Wisconsin physician and her husband is known to the family, police said Friday.

University of Wisconsin Police Chief Kristen Roman said in a statement Friday that Khari Sanford has been booked into the Dane County Jail on two counts of party to the crime of first-degree intentional homicide. Roman did not say what Sanford’s relationship was to the family or how the couple was killed.

The bodies of Dr. Beth Potter, 52, and Robin Carre, 57, were found Tuesday in the university’s arboretum, which is several miles from the Madison campus.

The couple died of “homicidal violence,” according to the Dane County Medical Examiner.

Police have said they believe the couple was targeted.

“It was calculated, cold-blooded and senseless and we will continue to do all we can to bring justice to Robin and Beth, their family, and their loved ones,” Roman said.

“It was calculated, cold-blooded and senseless and we will continue to do all we can to bring justice to Robin and Beth, their family, and their loved ones.”

Friends of the couple said they’re unable to comprehend why anyone would want to harm the two.

Wisconsin Youth Soccer Association President Craig Carlson told WKOW-TV that he spent years on the sidelines of soccer matches with Carre, who headed up a Madison youth soccer club.

Carlson says Carre was quiet, humble, and constantly giving of his time. He said Carre’s work with youth soccer was impactful and selfless.

“(He) was never really interested in the accolades for himself,” Carlson said.

The couple is survived by three children in their teens and twenties. 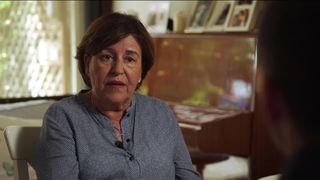